On 12th September in my wardrobe I found another PC from the past. It was my first custom build founded totally by money I earned/received on studies as scholarship for academic performance. It did replaced my old Intel Celeron 400 MHz and at that time was a huge leap forward. Most of my future academic projects were then done using it as a backend.

Unfortunately few years back I did some experiments on this PC - I tried to install Windows 10. Since it was purely 32-bit CPU with only Hyper-Threading (lots of talking about Itanium around) it lacked some other technology or feature (Intel Trusted Execution and Execute Disable Bit if I recall correctly) casuing the installer to halt somewhere in the middle. I then followed few magic guides from the Internet that promissed to overcome the check and complete the process. However after another night of attempts I gave up, achieving nothing and left this PC in unfinished state, not able to start correctly into OS. That was OK, since it was not the machine I had to use daily anymore.

I tried to power it up … what could go wrong now?

Yep, starting it brought to light another stability problem. It was unexpectedly turning off or rebooting in some high processing-power required moments, when remainig piece of OS was still trying to load. I spent happily next few hours investigating this issue without any positive results nor conclusions.

Since I couldn’t come up with any logical explanation, I played hard and opened the case! Then I noticed the cooler totally felt off! So I kept pressing the CPU into the board and launched it again. Please notice a little string attached to top-right corner of the CPU fan. That was my small patch to hold down the cooler and the heatsink retention in place. Long period of time had a bad influence on the plastic and one leg got totally broken. Due to the same cataclysm (years long pressure from the top) radiator on North Bridge 865PE got distorted. 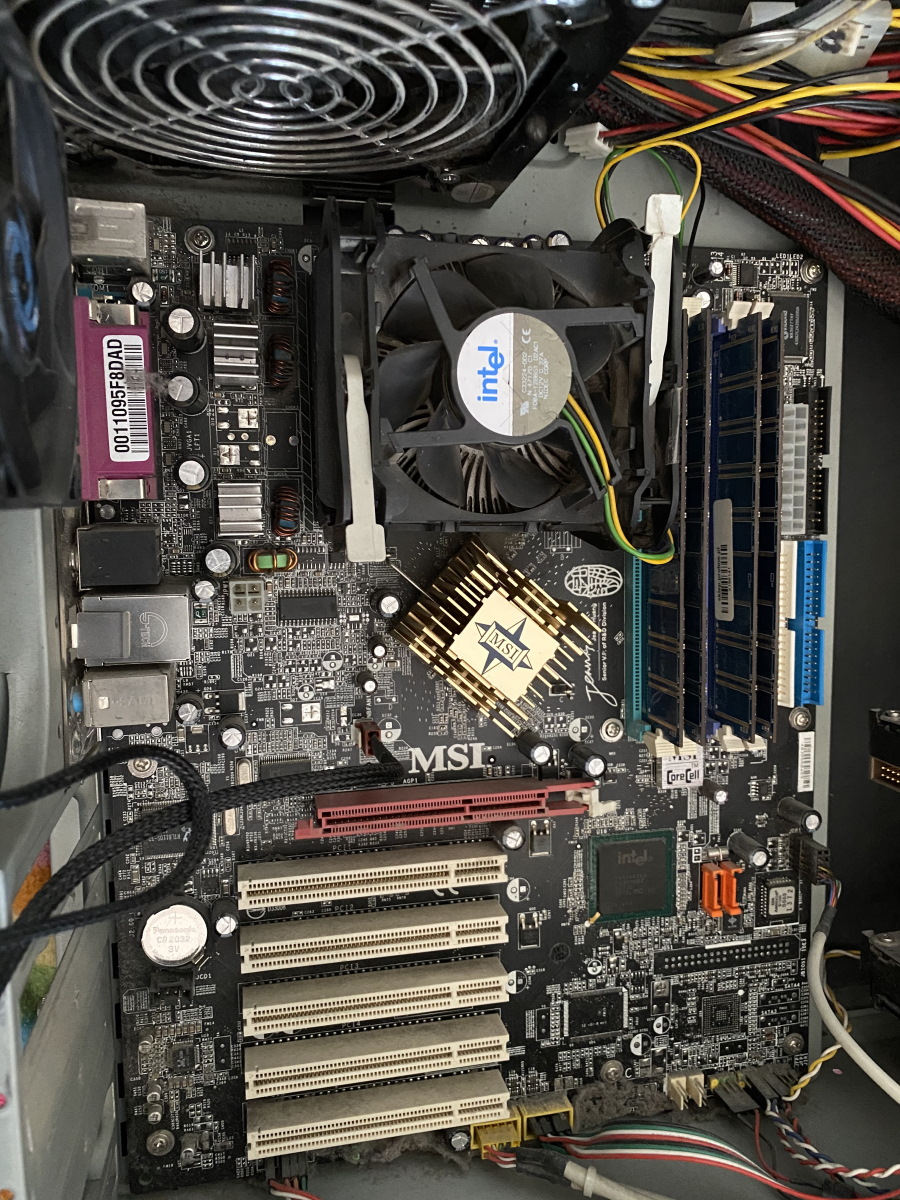 To fix it ultimately I bought new PGA478 heatsink retention from here for less than $1. Magically temperatures after POST decreased from 69C to 42C just after the replacement, setting free my hand too. It also stopped all those funny reboots that seemed to be caused by overheating protection. Nowadays it’s standard in all CPUs (along with decreasing frequency to emit less heat), but in 2004 it was actually the first line of CPUs that had this feature implemented! Good for me and many thanks for Intel. 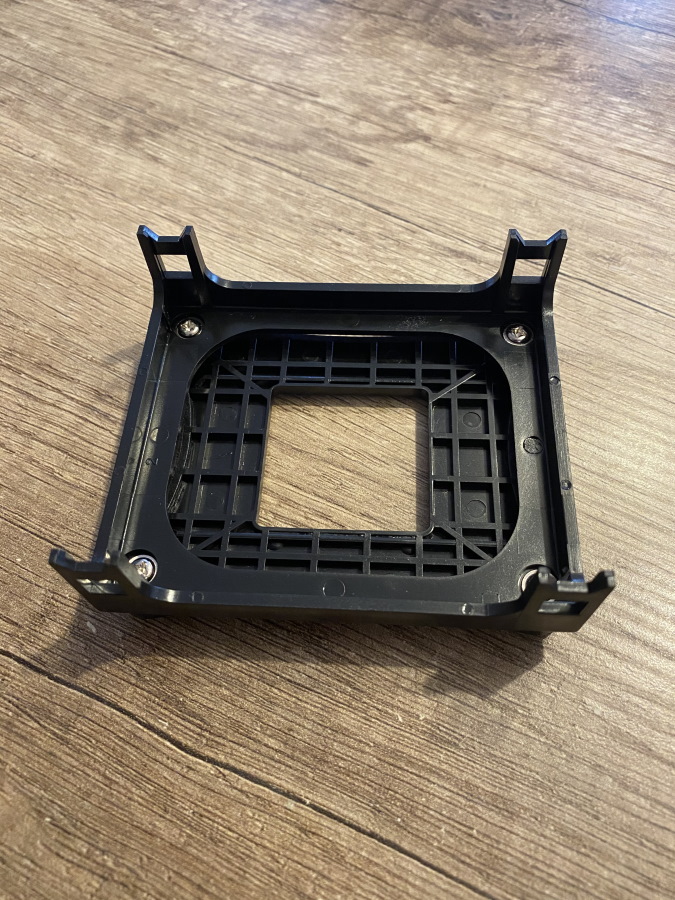 Another obstacle on my tough road to make it run. How can I restore Windows 7 there?

Second thought - let’s create bootable USB stick. That should go smooth, right? There is even a Microsoft MediaCreation utility helping in the process. I did it, but nope - BIOS doesn’t support booting from USB. Really? What about booting from DVD? Well, it has no DVD reader connected… only CD (yes! it had an origial Teak 8x CD reader-writer from 1999!!). Totally no go. This also took me a while to understand that there is nothing wrong with the DVD disk I inserted. It’s just the drive that is uncapable of reading it!

Side note: Careful reader might ask here - how is this possible I burned the DVD disk with Windows 7, but I couldn’t put it into this PC I tried to recover. The answer is short and clear - the DVD was comming from my old early 2011 MacBookPro, which I moved into external case and could use for that purpose, but BIOS of MSI Neo2P couldn’t boot from it neither! 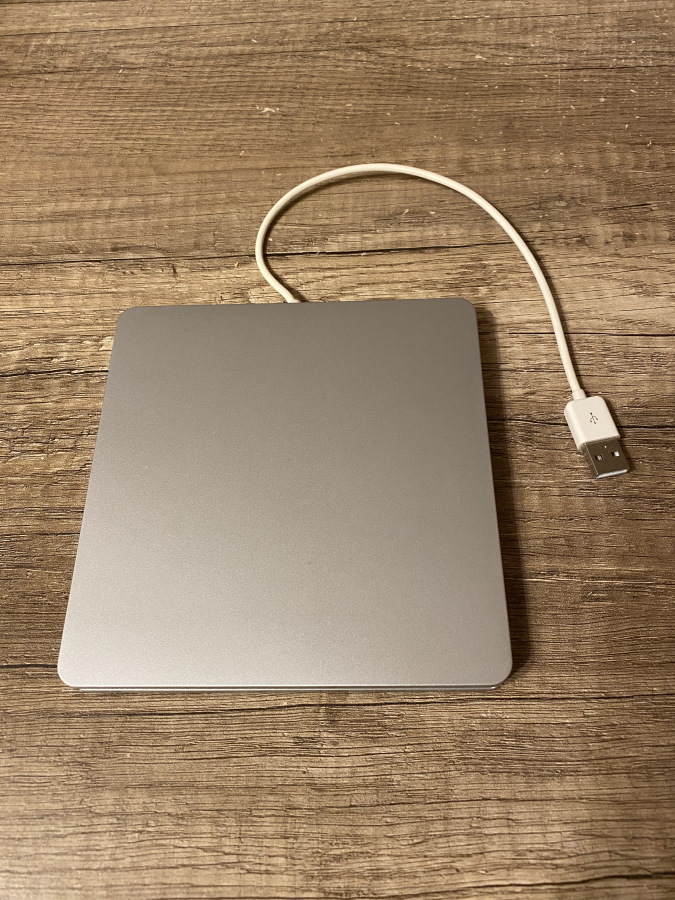 But fear not, I wasted even more time to overcome this issue. There are lots of guides out there what can be done at this stage. Of course bying internal DVD was not the excuse to proper solution for me ;) Let me then destile all those guides itto following few simple steps (unfortunatelly I haven’t noted them, all restored by heart, so please be prepared for small differences in reality):

Automatic activation doesn’t work, the same broken way follow all other methods displayed on screen. To activate this Windows 7 in Poland, please call: (+48) 801 308 801 and after several selections follow voice menu options that will at the end send you a link to your smartphone with a website to fill in all the magic numbers from manual activation and then to type back the server response.

Another stupid idea I came up recently was to delete unneeded stuff from my NAS. There were copies of all the important files from Windows XP era till nowadays. Unfortunately Windows 7 SP1 (called originally windows6.1-KB976932-X86.exe) was lost during that clean-up day and somehow recovering it back took me really long time. It was tremendous mostly because:

Let’s welcome then solution, what turns out to be this link to the official Windows 7 SP1 PL for x86/x64. It’s at least for polish version. I must admin I haven’t tried to download it for any other locales.

Once this SP1 is installed, the dance with 10 years of missing patches begin. With just a fresh installation it took another 4 hours to download and apply more than 150 random-sized system patches.

Was it all worth it? Yes, it was. I just like spending my life solving unnecessary problems out there. But what I was surprised the most - the performance of this very old PC with an SSD is still good. Working (I mean, browsing the net and watching YT) on it is still fluent to some degree.

And even more exiting moments were when I moved this 16-years-old PC into my new Fractal Design Vector RS case, what helped me to investigate and test problem with LED top-panel at the same time. Without it I wouldn’t even expect it’s broken until I finish building my extremely new PC setup with Ryzen 9 5950X onboard until November this year… What was really amazing - is that after all those years ATX motherboard standard is still respected, mounting screws were in place and my brand new Seasonic PSU had compatible cables to connect and power it! Anything wasn’t soldered or glued, what is unimaginable in some fruit ecosystem! 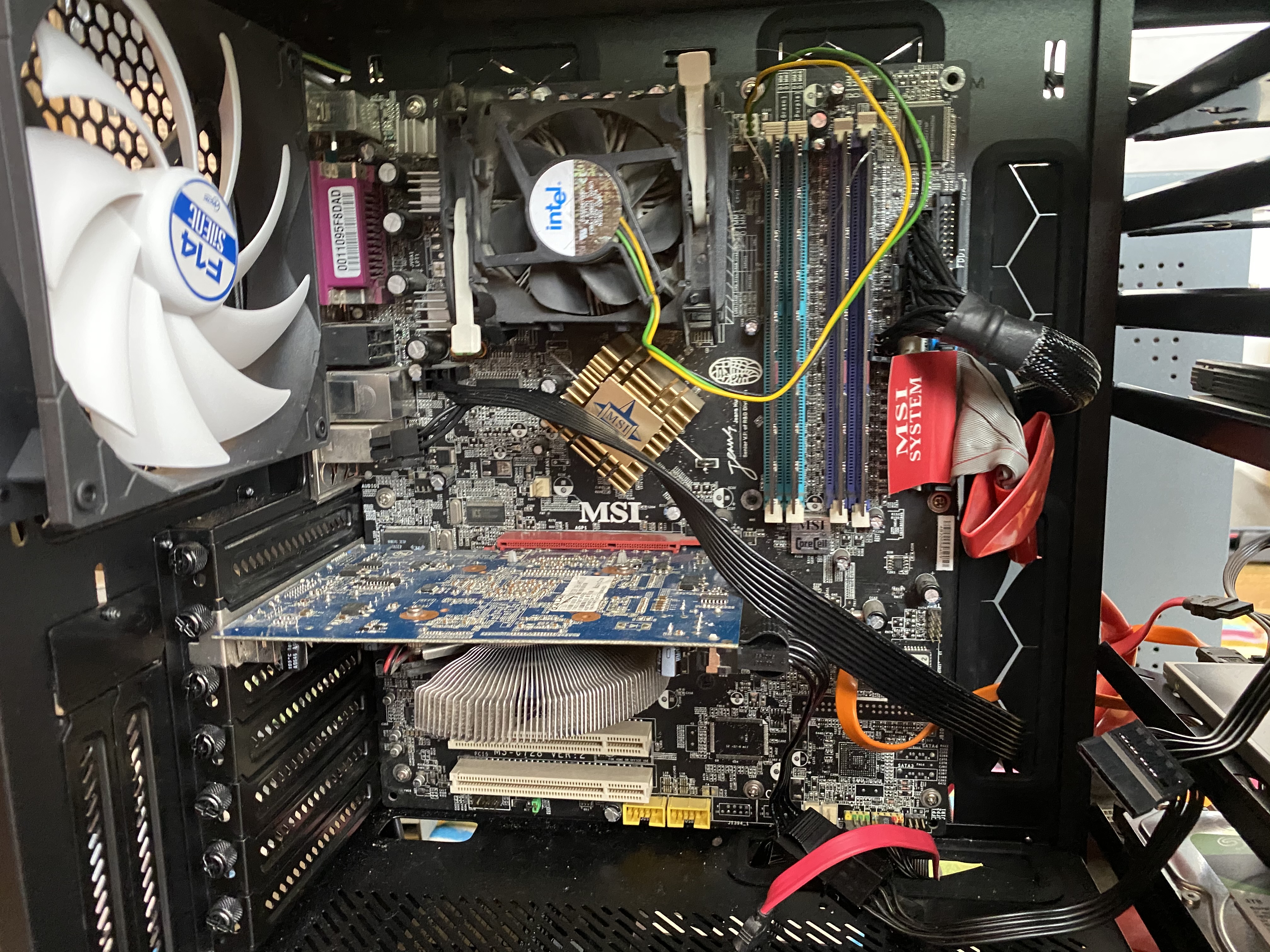