COVID-19 outside, autumn is behind the corner and dark comes really fast after the recent time change…

That’s why today I would love to present something happy and something completely different that was poking my head since very few weeks. I wanted to pimp my Raspberry Pis with custom cases. All 3 models I possess have the original cases, that are fine, but the look&feel could be improved. I wish to mount an SSD next to the Pi along with much bigger fan. Bigger I mean - something that spins a lot slower and doesn’t make so much noise like the killer-fan from this case. This particular one after few months of continuous usage became lauder than starting jet! 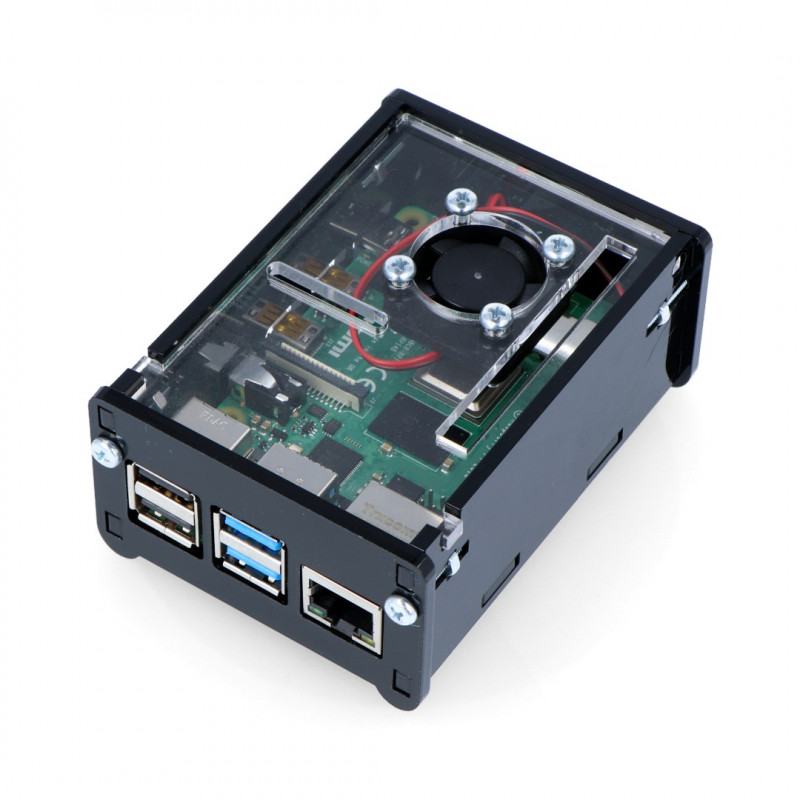 Then the answer to question - how to do it? - was pretty obvious to me. I don’t have 3D-printer, nor bigger DIY abilities. But what I have in huge quantities in my apartment are LEGO bricks. Lots of tons could not still describe it and I really like creating custom small builds out of it. 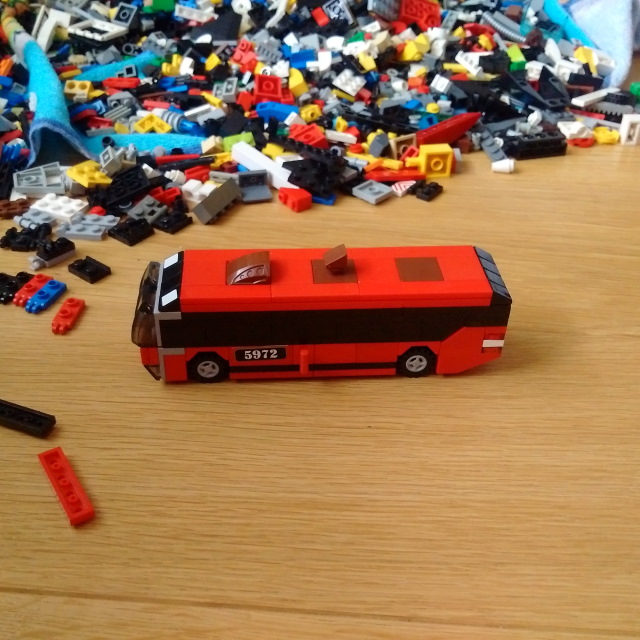 Let’s use those bricks and have some fun. The initial inspiration was taken from this project by Michael Olson. However, that quickly revealed as too easy to follow and too much trouble to find suitable parts.

Started with something simple and totally random - Mark 1 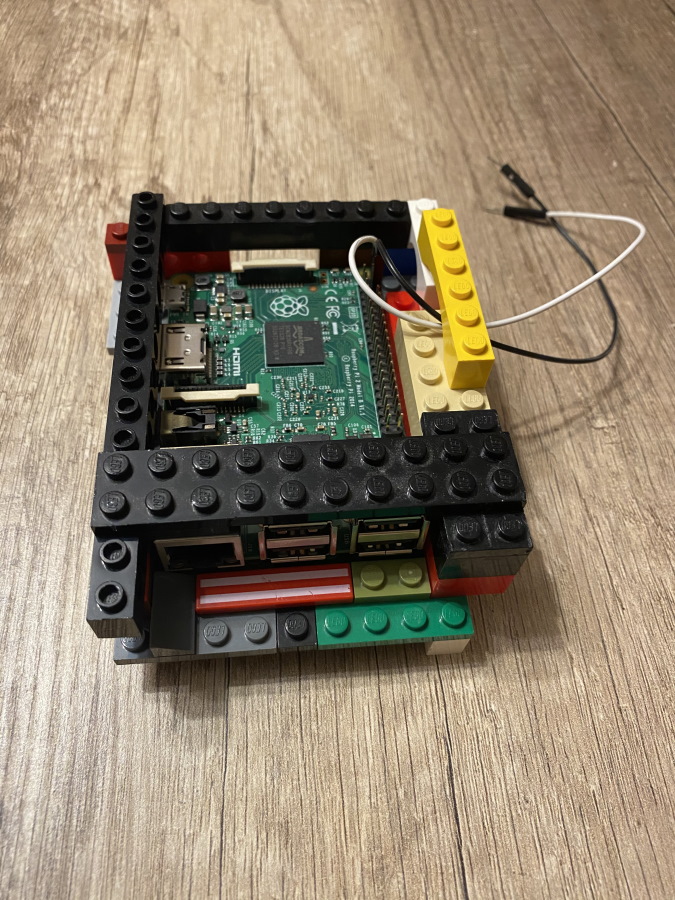 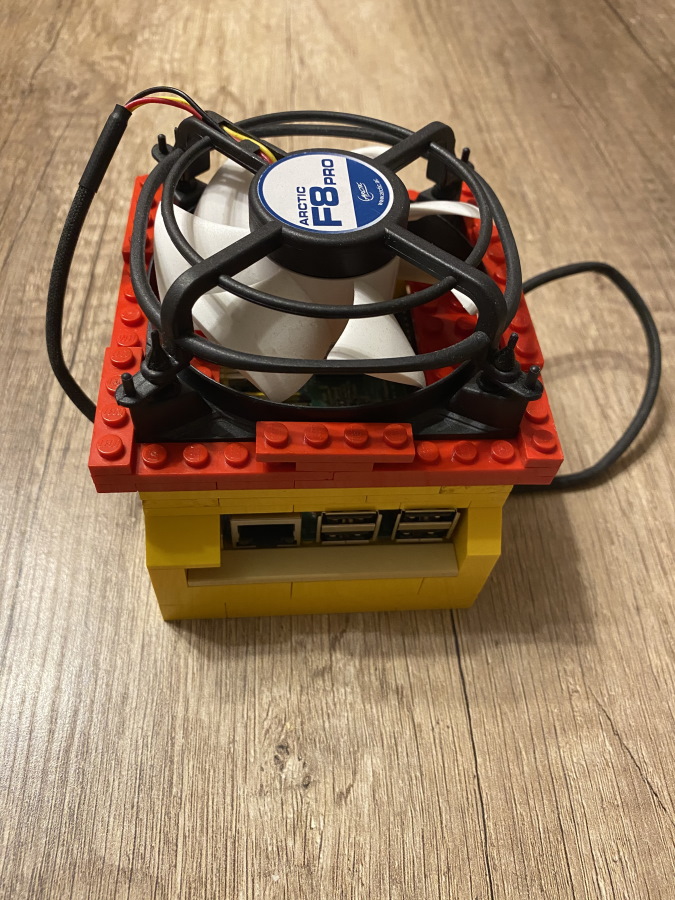 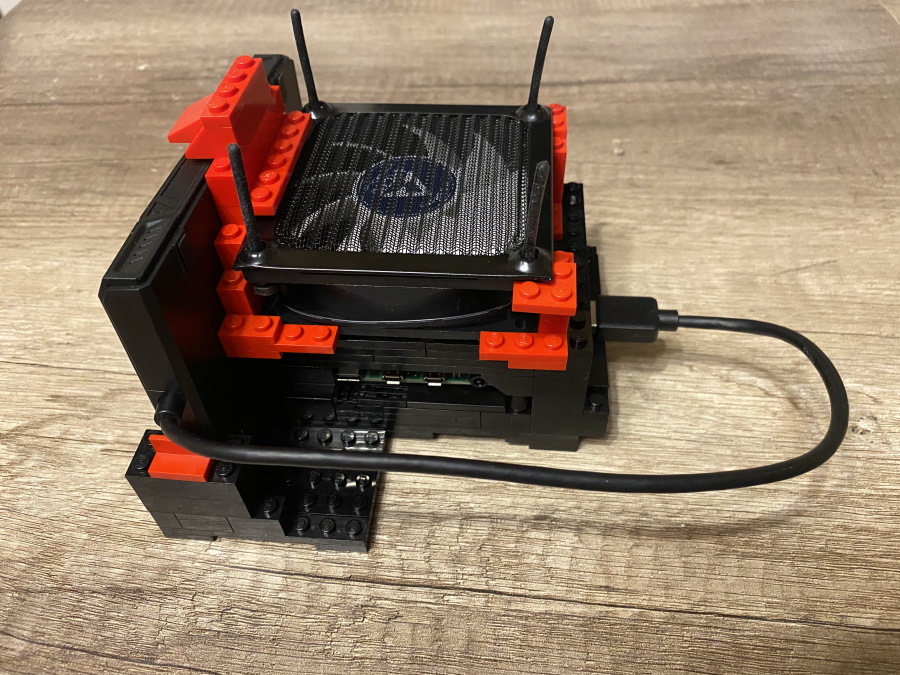 Look from the top, when disk and fan are removed: 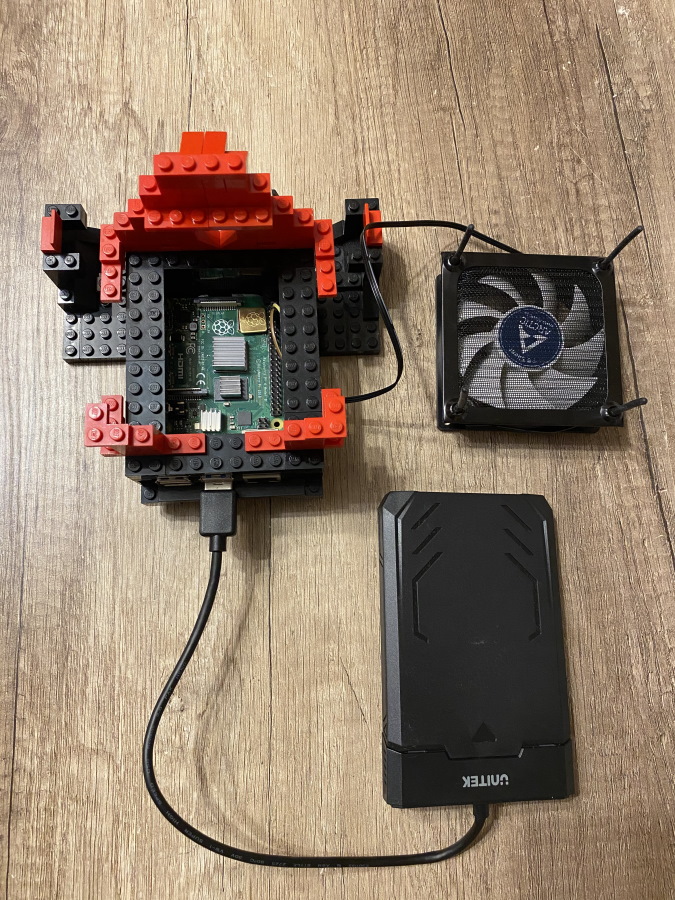 Note: GPIO pins 2 and 4 can be used to power up the Arctic F8 Silent or Arctic F8 Pro fans as they have quite low requirement for startup voltage. I also haven’t heard any noises, while sitting next to those fans for months (on other builds of course!).

Note 2: Used case is Unitek Y-3036. More about Raspberry-compatible disk enclosures and other problems with UASP can be found here.

And the same day as side project my kids have built: 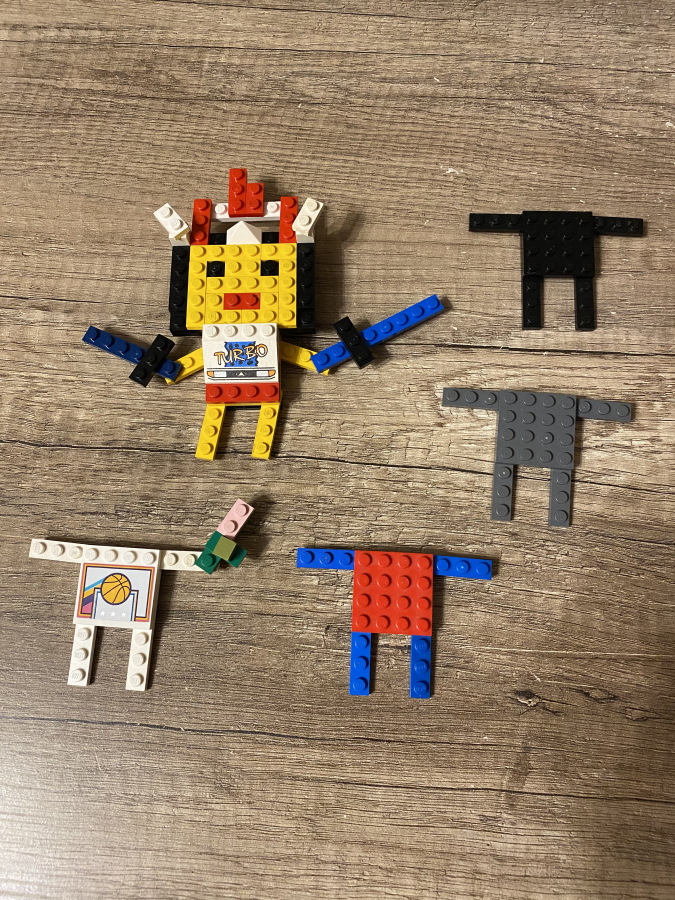 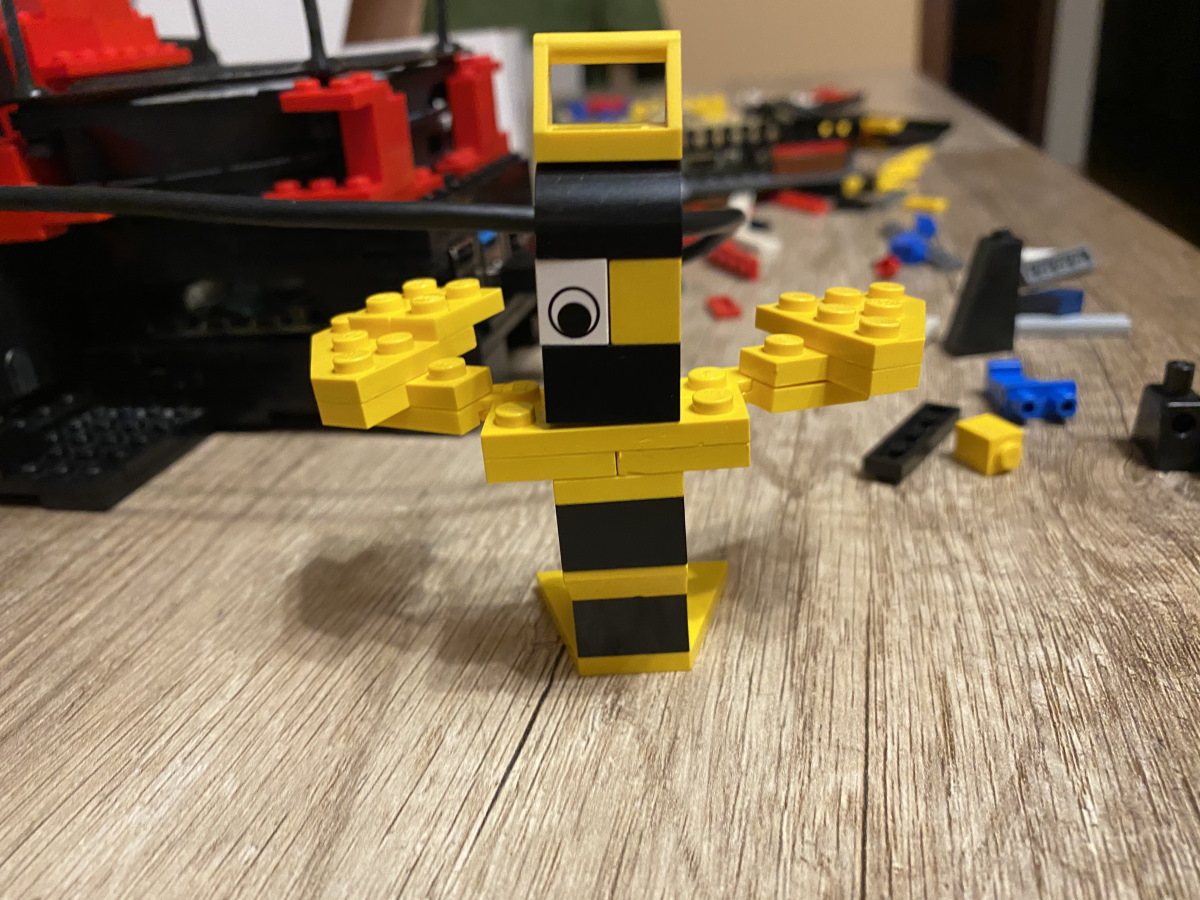 And Ninja dropship with moveable doors: 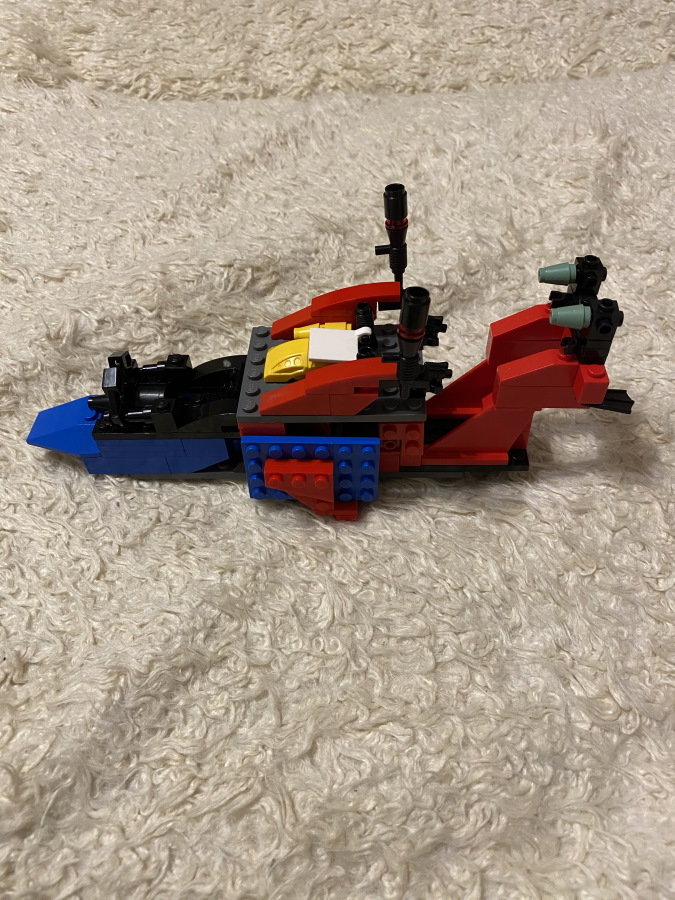 Enjoy the time with family!