Recently, I have shown, how to enable Application Insights within own WCF server application (look here). It might similarly work in other kinds of apps, so we won’t bother with further demystification of this procedure. But as you might suspect (or already stepped on), you will quickly require more metadata transmitted than it is done by default.

My scenario is pretty simple. The WCF server is installed multiple times, in multiple physical locations across the whole country. And they all just sit there, working since most of the bugs aren’t so critical. It can’t be even updated everywhere at the same time. So how to actually distinguish between different instances and app versions in case of a crash or other serious misbehaviors?

And the answer is – ITelemetryInitializer.

This kind of objects are responsible for performing initialization of the telemetry data gathered and then sent back to the Azure’s AppInsights service.

Here is the recipe, how to define and enable one in own project:

And that was all again.

Now, when navigating to the crash logs on Azure, open a request details, click ‘Show all’ properties and the view should look similar to this one: 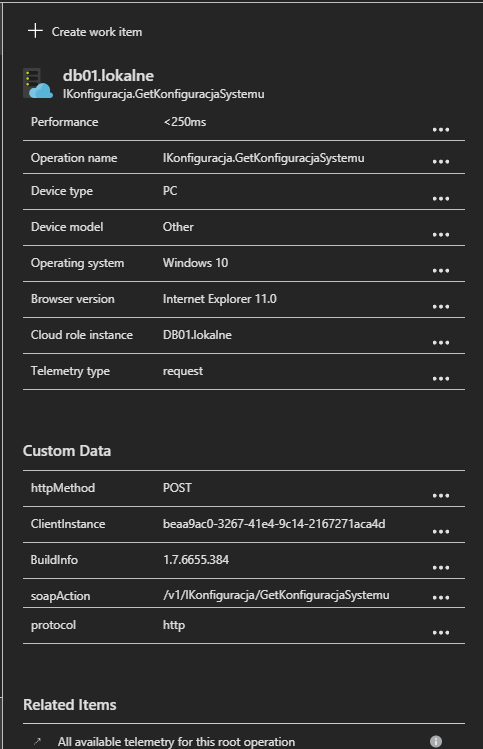